Let us present yet another pioneer in the world of engineering – Valentina Teresjkova. 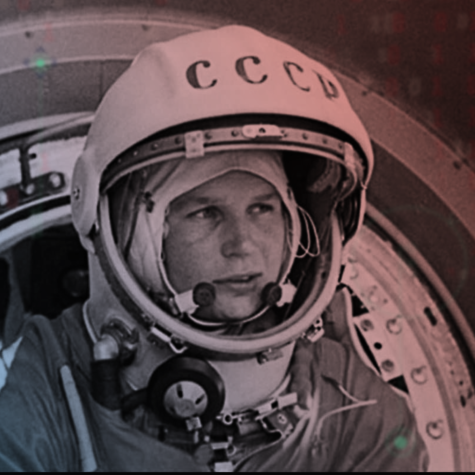 Valentina Teresjkova was born in 1937 in the then called Soviet Union. She grew up in the post-war period with a single mother and dreams of one day becoming an engineer. After finishing primary school in 1953, Teresjkova wanted to start her engineering studies, but when her mother had a stroke, Teresjkova was forced to work to support her family. However, she managed to combine the job with evening courses, and in 1960 she received her engineering degree. At the same time, Teresjkova developed a great interest in skydiving and managed over 100 jumps for her local aviation club. When Yuri Gargarin became the first man in space in April 1961, Teresjkova got inspired and registered her interest in the cosmonaut program. In December the same year, she was called to Moscow and chosen to become a cosmonaut. The round shape of the Soviet space capsules made them difficult to navigate on their way back to Earth, which often meant that the cosmonaut had to get out of the capsule before landing, which required not only a skilled pilot but also an experienced parachutist, making Valentina Teresjkova a perfect candidate.

In 1962, Teresjkova and four other female cosmonauts moved to the Star City training center to prepare for space travel. A year later, they were flown to the cosmodrome, the Russian space base, to take part in the launch of the Vostok 6 spacecraft, which was manned by a female cosmonaut for the first time. Valentina Teresjkova was chosen for the job, and on June 16, 1963, Vostok 6 took of from the surface of the earth and Teresjkova became the first woman in space. After almost three days in space, she re-entered the atmosphere, managed to catapult herself out and finally land on a field in southern Siberia.

After her space travels, she furthered her education as a space engineer and became a major general, the highest military degree a woman has ever achieved in the Soviet Union and Russia. Even today, her spaceflight is the only completed spaceflight with an all-female crew. The now 83-year-old Valentina Teresjkova quite recently signed up as a volunteer for a trip to Mars.